UCLA Proposes Strategies for Updating Housing Elements
In light of new rules local California governments face as they begin updating their local Housing Elements for the 2021 and 2022 planning cycles, UCLA's Lewis Center is proposing a new framework that researchers believe will lead to more housing production in locations that achieve social and environmental goals, while potentially resolving complications created for logical governments by recent legislation. AB 686 and AB 1397, in particular, push cities to go beyond inventories of vacant or underutilized sites to fulfill RHNA requirements. This traditional approach is flawed and unlikely to actually fulfill housing goals, the report argues, because vacant sites are likely to be vacant for a reason, a reason that makes their probability of development remote. Further, this approach does nothing to advance fair housing goals. Instead, the report recommends local governments strategically increase zoned capacity for new houses in neighborhoods near transit, near major amenities, and where the housing is more likely to actually be built. This recommendation is in line with research that shows zoning capacity has a much bigger housing-production payoff in high price locations. Even gentle density and marginal changes to zoning can increase the effectiveness of the HE by allowing cities to build low-income housing in high-density areas, thereby complying with AB 686. One challenge, of course, is AB 1397, which requires site-specific "likely to be discontinued" findings for potential low-income housing sites. To that end, researchers recommend that local governments estimate the development probability (within the eight-year planning period) of all sites with potential for housing development to ensure that the expected yield of housing production is equal or greater than their RHNA targets. Finally, the report offers research-backed proactive measures cities can take to increase affordable housing stock, including surplus land sales for $1, creating new sources of funds from parcel taxes or parking revenues, outreach, and super density bonus, by-right approval like Los Angeles' Transit Oriented Communities program.

Newsom Takes New Approach to Sacramento Delta Management
Gov. Gavin Newsom has proposed a plan that would keep more water in the San Joaquin River Delta while preserving 60,000 acres of sensitive habitats, and generating $5 billion in revenue toward environmental concerns. The plan entails a new cooperation-based framework, rather than the traditional rules-based water agreements that are often challenged in court by farmers or environmental groups. For the past year the Newsom administration has been negotiating with water agencies to come up with "voluntary agreements" between the two sides with "partnership and oversight from environmental groups," Newsom wrote in an op-ed. The framework would increase water flow through the delta by up to 900,000 acre feet when conditions are dry, below normal or above normal. Flows would be decreased during wet years. Would provide more favorable conditions for endangered salmon and resotring 60,000 acres of habitat by strategically letting water flow through natural flood plains to create wetlands. Environmental groups have expressed reservations--favorable water temperatures for salmon is one hangup--but both sides have a strong interest in coming to an agreement when the alternative is likely years of litigation. There is one dark cloud over these potential agreements--a plan put out by the Trump administration that calls for more water to be taken out of the delta. California has said it will sue the federal administration, but no steps have been taken one way or the other by either side.

California Metros Among Nation's Best, Worst for Kids
A Brandeis University report found that California's Central Valley have some of the lowest-opportunity neighborhoods for children. San Francisco and San Jose, on the other hand, were second and ninth highest in opportunity when compared to 25 United States metro areas. The study ranked cities with a Child Opportunity Index (COI), which quantifies, maps, and compares opportunity by looking at 29 neighborhood conditions--such as proximity to and enrollment in early care and education centers, high school graduation rates, high-skill employment, health insurance coverage, and poverty levels that matter for children. Bakersfield ranked last of all U.S. metros for the opportunities it affords children; 51 percent of children live in very low-opportunity neighborhoods. The report named Bakersfield America's worst place for children to grow up. The report found "fifty-one percent of children [living] in very low-opportunity neighborhoods." Fresno scored just one point above Bakersfield. Stockton and Riverside also scored in the bottom ten of U.S. metro areas. Reflecting a broader national trend, California's COI scores for black and Hispanic children are substantially lower than for white and Asian children. San Jose and Oxnard performed comparatively well on this measure with scores in the top 10. But even those cities had wide racial disparities. In San Jose, minority children had scores nearly 20 points lower than white children.

Quick Hits & Updates
Friends of Waverly, a neighborhood group, filed a lawsuit to block construction of a homeless shelter in Griffith Park,. The lawsuit alleges Los Angeles officials abused discretion when they granted the project emergency exemption from environmental review. The $6.6-million project, which will include a 10,800-square-foot structure with approximately 100 beds and trailers to showers, restrooms and administrative offices, is part of L.A.'s "bridge housing" program, a stopgap measure meant to shelter the homeless while permanent structures are under construction.

Years of rocket engine manufacturing may disqualify one of Los Angeles' largest undeveloped parcels from residential use. The owner of the Warner Center property had previously marketed the site as one with high-rise urban development potential. But in documents filed with LA's Water Quality Control Board, property owner United Technologies Corp. indicates it will only seek to bring pollution standards up to commercial use after environmental tests detected several cancer-causing chemicals still permeating the area.

The Center for Biological Diversity is suing Placer County for approving the Sunset Area Plan, a sprawling 8,500 acre project that includes 8,000 housing units and 34 million square feet of retail, commercial, and industrial space. The lawsuit argues that the project will destroy 5,000 acres of rare wetlands that are home to rare and threatened species, including fairy shrimp and the western spadefoot toad.

Owners of The Forum, an Inglewood events venue, have filed suit to block construction of the proposed Los Angeles Clippers arena. The suit alleges Gov. Gavin Newsom violated the constitution when he used AB 987 to prevent any litigation from stalling the project for more than 270 days. The stadium bypassed a full environmental review through a ballot measure, but arena developers are litigating several lawsuits related to the matter. City officials have expressed confidence construction will move forward as planned.

Supporters of Measure E--a ballot initiative that would tax San Jose properties worth $2 million or more to fund affordable housing-- have officially launched their campaign outside of an affordable housing development. Measure E is a progressive tax based on a property's transfer value that would levy a .75 percent tax for properties valued between $2 million -$5 million a 1 percent tax for $5 million-$10 million properties and a 1.5 percent tax on properties valued over $10 million. The new tax would be on top of an existing flat .33 percent transfer tax. City officials estimate Measure E could generate between $22 million and $73 million annually.

Attorney General Xavier Becerra filed to join an appeal over a proposed condominium project in San Mateo as part of an effort to defend the Housing Accountability Act. As one of 120 charter cities, San Jose has broad authority over local matters, but developers, activists, and lawmakers worry that if the initial ruling stands, San Jose and other charter cities will use the case as precedent to exercise unilateral authority over development approvals.

In a bid to attract and retain teaching talent, San Francisco's Board of Education passed a resolution to set in motion development of 550 units of rent-controlled teacher housing by 2030. Funds to the tune of $20 million will come from Proposition A, a measure voters passed in November for affordable teacher housing projects. Another voter-approved measure, Proposition E, will ease approval and zoning requirements.

Construction of a gondola to connect Squaw Valley and Alpine Meadows ski resorts in Tahoe will move forward after the dismissal of a lawsuit aimed at blocking construction. The 2.2-mile gondola will carry 1,400 skiers an hour along cables stretched over 33 lift towers in about 16 minutes. As part of the agreement to dismiss the lawsuit, the ski resorts will conserve 27 acres of the resorts' private property as habitat for the endangered Sierra Nevada yellow legged frog, and will help fund study on the protection of the frog. The resorts also agreed to reroute the gondola line away from the wilderness and to make other changes to reduce noise and visual impacts on the wilderness. (See prior CP&DR coverage.)

The Loma Prieta chapter of the Sierra Club is opposing a 100 percent affordable housing development near Pacifica, delaying construction that would add 76 homes to an area in which job growth has far outpaced home construction. The group argues the development, which has been under public review for four years, is too far away from supermarkets, schools, and medical offices, with insufficient public transportation. Taken together, the Sierra Club Chapter says, VMT required by residents of the development "would be significant." Affordable housing advocates point to the worsening current situation, in which multiple families share a home or commute to work from neighboring towns.

The former Los Angeles Community Redevelopment Agency has agreed to pay $3.1 million in a settlement for its predecessor agency that knowingly failed to comply with accessibility laws when it used federal funds to finance affordable housing developments. The suit, brought by the U.S. Department of Justice, alleged multiple defects that made the buildings inaccessible for wheelchair bound residents, including steep slopes and ramps; out of reach appliances, mailboxes, and shelves; and insufficient accessible parking spaces. Litigation is ongoing in this case and others in California as the DOJ and HUD pursue other violations under the False Claims Act. 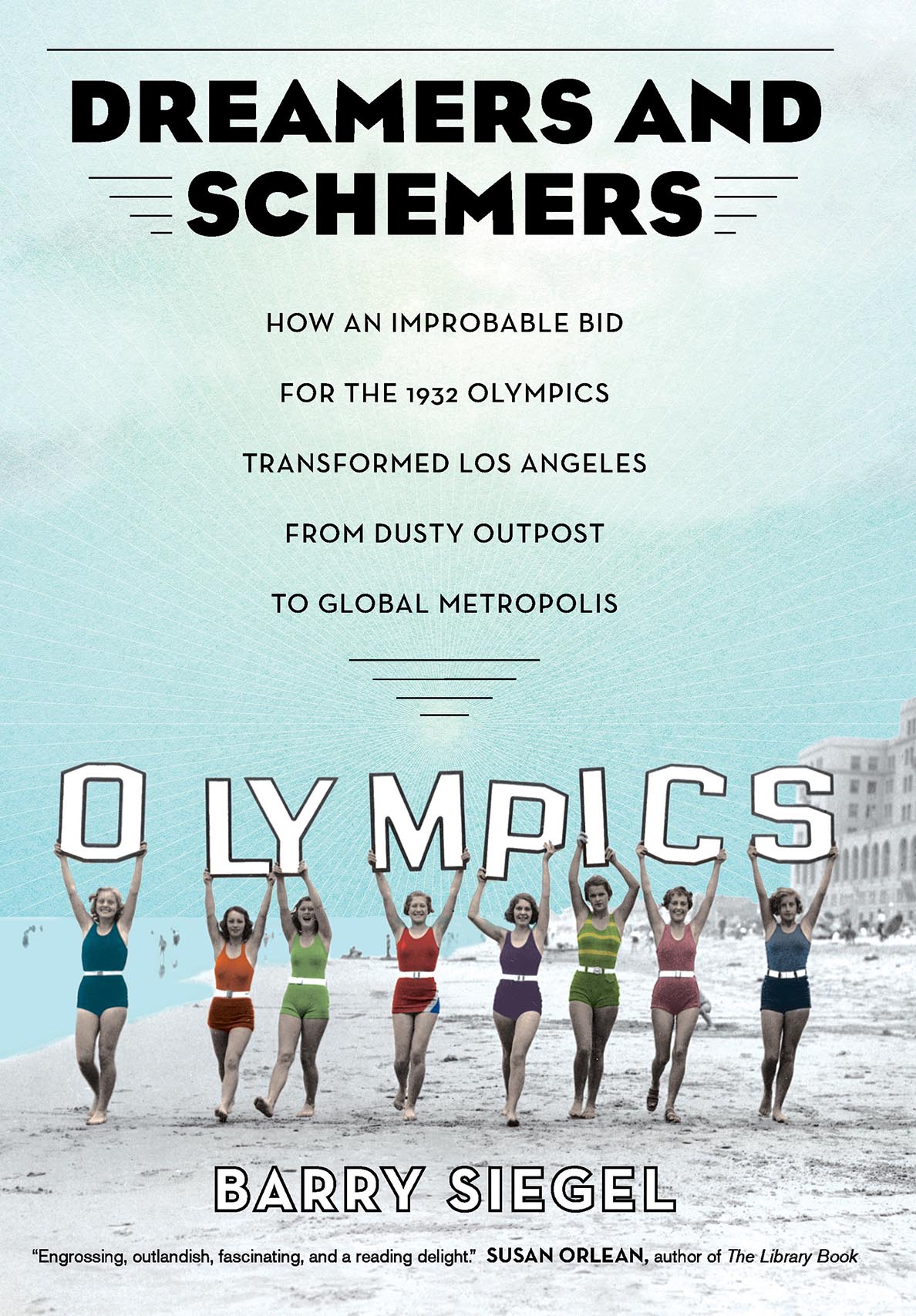