Two weeks ago, CP&DR reported on a study by the law firm of Holland  & Knight that broke down 95 legal challenges to projects under the California Environmental Quality Act over the past 15 years. The study provided a comprehensive look for the firs ttime - finding, for example, that 60% of the cases challenged "infill" development projects as opposed to "greenfield", and over 70% of the cases were brought forth by local organizations.

But what about the outcomes of these cases? Sixty percent of projects challenged may be "infill" type projects, but are they more likely to be shot down than "greenfield" type projects? Similarly, 73% of the cases were filed by local organizations, but to what extent are they victorious? The 15-year time period shows a success rate for plaintiffs of close to 50%, but did this trend hold over time?

Seeking these answers, CP&DR broke down the Holland & Knight study to take a closer look at what's really going on. Here are some highlights:

* Though more infill projects are challenged, these challenges are much less likely to be successful. Only 31% of infill challenges were successful, compared to 55% of greenfield challenges. 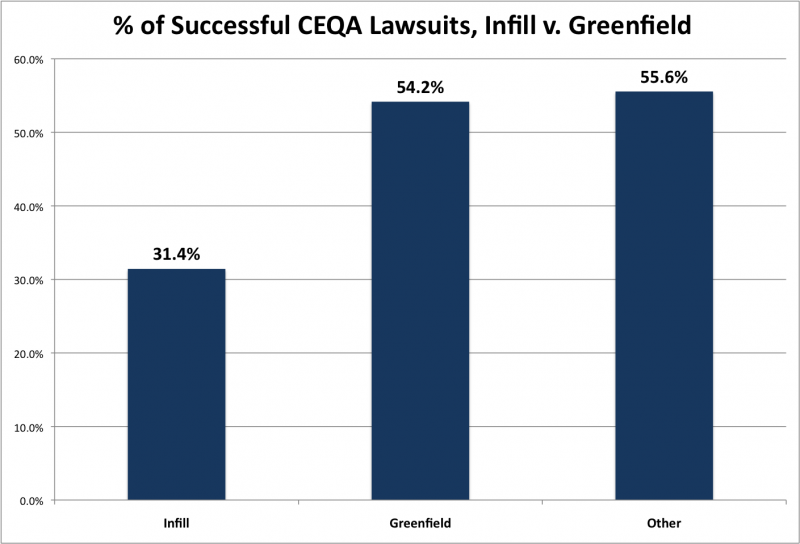 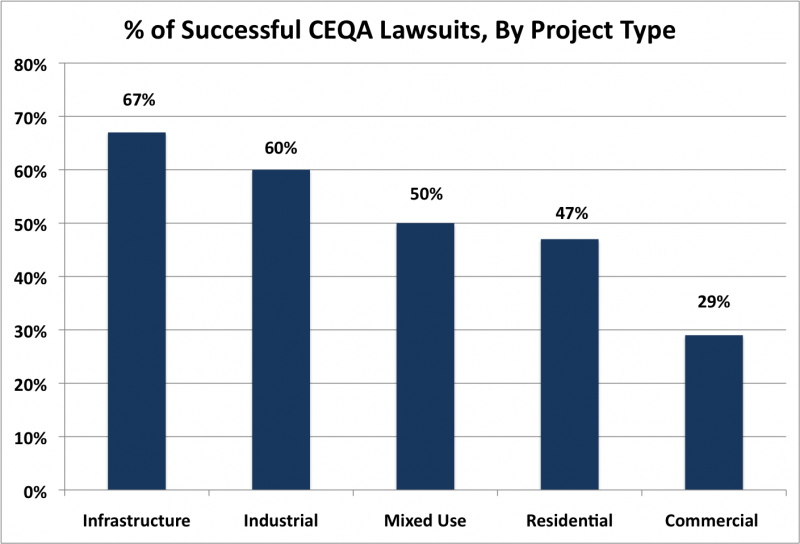