This essay is excerpted from the introduction to The Urban Mystique, newly published by Solimar Books. You can purchase the book here. 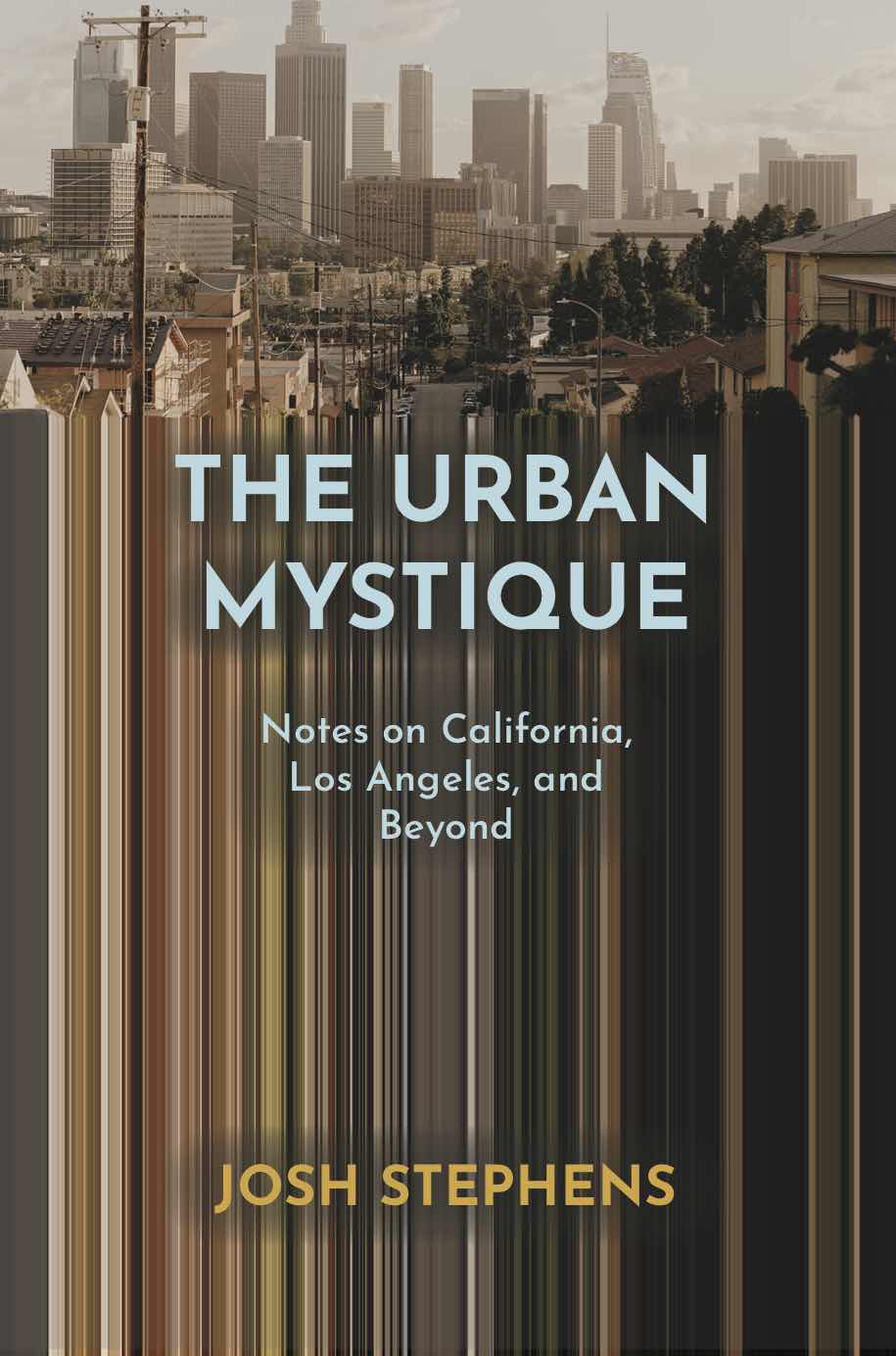 The notion of a childhood origin story remains relevant to anyone who lives in cities because, in many ways, everyone who lives in a city is still a child. Whether we live in Beacon Hill or Greenwich Village, Livermore or Santa Clarita, or Richmond or Compton, we are all passive subjects to the decisions made by planners and developers years and generations ago. Too many Americans are resigned to living and working in mediocre places. Too many of them, like the homemakers invoked by the title of this book, live in quiet desperation, unaware of the impact their environments have on them and unable to do anything about it.

Feminist pioneer Betty Friedan described the “feminine mystique” as a sense of tension and ambiguity about women’s roles in the 1950s, especially in suburbia. For her, gender roles, and gender discrimination, were directly tied to urban form. The wonderful things about homemaking—raising children, living comfortably, contributing to a loving marriage—contrasted with feelings of isolation, boredom, and purposelessness, among others. I tend to apply that sense of tension and mixed feelings to many other aspects of the American, and Californian, urban experience.

I've never been a homemaker. But I grew up in Los Angeles, in one of its many not-quite-urban, not-quite-suburban neighborhoods. I was steeped equally in the city’s mythology and its imperfections.

Cities are wonderful places, but they can be terrible places too—sometimes all at once. Cities’ mystique lies in the idea that their value is not necessarily evident or definable. The urban mystique is different for everyone. But, as Freidan implies, we must at least acknowledge that it exists. We must acknowledge that cities can be special places and that they must not simply be a collection of demographic data, economic output, and real estate transactions. Why are they special? Because people are special. And more people live in cities than anywhere else. Cities are where some people go to survive and where some people go to chase, and sometimes achieve, their highest ambitions.

Cities will never be “perfect” the way the suburbs have been rumored to be. They can be better than perfect, though, as long as we don’t pretend that perfection should be the goal. And, ideally, they require everyone to contribute to their evolution. Urban life should center on inspiration and improvement, not passivity and resignation.

I’ve been lucky enough to write during a fascinating decade. Cities have grown more quickly in other decades (1980s). And they have suffered more problems in still others (1970s). But, I’d argue, the 2010s have been about as interesting it gets. Much of the stuff about which I am most cranky has been improving. Many of my fellow members of Gen X feel just as I did about their upbringing and have been working like crazy to reclaim the urban experience for themselves and the next generation (and their parents’ generations, in some cases). Principles of smart growth, new urbanism, and environmentalism have permeated the mainstream so fully that we rarely even refer to them as such anymore.

What makes Los Angeles frustrating and unpleasant is the very same thing that makes it fascinating: it was built imperfectly, at an imperfect time. Now, Los Angeles—along with the rest of California—is trying to reinvent itself. That’s a difficult process: to shoehorn a new city into the old.

In a 2015 CP&DR article on Los Angeles’s new mobility plan, I equated the process of urban redevelopment to the infusion of adamantium into the bones of Wolverine. It’s the geekiest thing I’ve ever written (and I don’t even like comic books), but it’s apt because, well, they are both unspeakably painful processes. This evolution stretches all the way back to Frederick Jackson Turner’s Frontier Thesis, on which I wrote my undergraduate thesis. He described the continent’s endless tracts of empty land as America’s escape valve and the thing that made America uniquely American. Turner pronounced the Frontier “closed” in 1890. By then, San Francisco had a population of 300,000 and Los Angeles 50,000. But the Frontier found new life in the suburbs, as cities expanded and conquered their own hinterlands. That lasted for another century.

This process is what Los Angeles Chief Design Officer Christopher Hawthorne refers to as the “Third L.A.”—the pioneer city and the post-World War II boom town being the first two. I’ve called it “the backwash of sprawl.” The unseemly metaphor is deliberate. We’ve built some heinous stuff: cheap, low-density development from the coast to the mountains to the desert. Now this form of urbanism faces a reckoning.

The political element of these challenges has gotten more contentious and more colorful of late. Several of these pieces refer to the rise of the YIMBY (“yes in my backyard”) movement and its venerable predecessor and antagonist, the NIMBY movement. Both have gotten more active with the rise of the housing crisis in the early 2010s, as the recession wore off and young Californians with disposable incomes—and penchants for urban living—found themselves with far too many homes to choose from.

This debate also includes the social justice community, which rightfully fears for low-income residents who are being displaced, and it includes what I call the “radical left,” which is more outspoken, more militant, and reviles for-profit development. That’s why, for every great new development, be it a renovated loft building, light rail line, affordable housing complex, or community garden, there are countless others who cherish (or at least tolerate) the 20th century model of urbanism. And there are discontents who, either out of spite or genuine concern for their livelihood, resist the changes that many of us believe cities need.

In that sense, the title of Bill Fulton’s book The Reluctant Metropolis is as apt as ever. Any place housing 15 million people is nothing if not a metropolis. But many of Los Angeles’s citizens still resist metropolitan life. They didn’t buy into it 50 years ago—when center cities were genuinely unpleasant (and when white people were more overtly racist)—and they don’t want to buy into it today. Sometimes, the best thing you can say about Californians is that we couldn’t care less about one another: you do your thing, I’ll do mine. That attitude might be great if, say, you want to become a Hollywood star or just put food on the table as a day laborer, but it is not a recipe for a great city.

In Los Angeles and across the state, we do some things really well and some things really badly—sometimes at the same time. We protect some environmental treasures while bulldozing others. We preserve historic architecture while putting up crap left and right. Most notably, I think, we have ourselves one of the most spectacular natural environments in the developed world, and, excepting some gems, we delight in sullying it with utterly mediocre cityscapes. On the days when Los Angeles gets me down, I find some solace in looking up at the Santa Monica Mountains.

To its credit, Los Angeles gets better year by year—in some ways. I get excited about new transit lines and many of the new developments. Sure, I try to stay balanced and objective in my news reporting, but I’m still a human being and a resident. The city is different enough now to keep me interested. I realize, of course, that the things I love aren’t universally loved. Much of the backlash against so-called gentrification and hipster-fication is understandable (if not always warranted). My fear, which I imply in several of these pieces, is that these rivalries are going to lead to stagnation, at best. I hope they will not. Our greatest challenge is to make sure that urban life serves everyone so that rich and poor, marginalized and powerful are all enriched by one another.

You can purchase The Urban Mystique here.