You are here: Home » Q&A » In Wake of RDA Battles, League of Cities Seeks Stability

In Wake of RDA Battles, League of Cities Seeks Stability

At times, city officials in California couldn't be blamed for wanting to revert to bygone times, such as, perhaps, 14th century Italy. City-states would be one solution to what seems to be persistent rancor between Sacramento and cities. At the heart of that fray lies the League of California Cities, whose mission is to lobby for the diverse interest of the state's 600-plus cities. This past year, the League took on added prominence as it essentially replaced the California Redevelopment Association, and this year's League agenda includes heavy emphasis on finding new economic development tools for cities. Longtime Pasadena Mayor Bill Bogaard will be helping to lead these efforts as the newly installed president of the League's board. CP&DR spoke with Bogaard about the League's agenda. 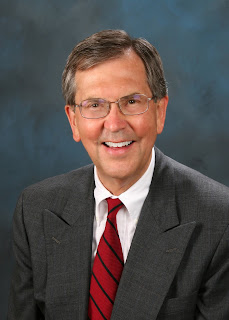 What are your goals as president of the League this coming year?

These have been difficult times in California for local government. There have been significant battles over the protection of local revenues. And, more recently, the elimination of redevelopment has been a major effort on everyone's part over the last 18 months. My hope for the year is that we will stabilize the situation for local government, that we will develop new tools for economic development at the local level, and that we will strengthen our working relationship with the state legislature.

Now that the California Redevelopment Association is gone, the League has taken the lead in the battles over redevelopment. What agenda should the League and cities be pushing to respond to the loss of RDA?

Editor's note: this interview was conducted prior to the League's filing suit against AB 1484, the RDA trailer bill Sept. 24.

We recognize that redevelopment was the subject of elimination because it had a fiscal impact at the state level, and I support Gov. Brown's efforts to achieve a balanced California budget. As we react to the loss of redevelopment, I hope we can do is to develop new tools that have cost implications that are workable for Gov. Brown and still provide an incentive to local government to take the risks and make the effort involved in the kind of redevelopment efforts that have traditionally existed in California until now.

How do you describe the redevelopment situation now that we've passed AB 1484 and gone through the Recognized Obligation Payment Schedule process? Are cities resigned to their fate, or is there still a fight left to be fought?

There has been a degree of resolution or acceptance achieved in the last year as far as the loss of redevelopment is concerned. The legislation that was enacted to provide something of a cleanup for this transition created some new problems of its own, like the claw-back provisions. I can't say for certain what the League will do in regard to those provisions, but it is conceivable that there will continue to be controversy around and some resistance to those provisions that appeared in AB 1484.

What are the interests of other cities, such as the more suburban, inland, or Central Valley cities that are struggling? What are the common interests between Pasadena and those kinds of cities?

One example of how the interests of local governments overlap widely across the state is in regard to pension reform. Significant progress was made prior to the end of the recent legislative session (AB 340, signed by Gov. Brown Sept. 12). That kind of commonality where the League and cities were working together and worked closely with the governor's office and legislature to develop legislation that was as good as it could be under the circumstancesï¿½no one suggests that it's perfect. I think that the interests of CA cities are common to a great extent, even though different cities have different priorities and different opportunities.

There's been a lot of heated rhetoric about the discord between the cities and Sacramento. Does that combative rhetoric help, or is there a way to be more conciliatory?

The executive officers of the League began 2012 with a meeting with the leadership of the state Senate and Assembly to establish lines of communication and to offer assurances that the League intends to be a constructive and helpful participant in what goes on in Sacramento.  That didn't eliminate all of the rhetoric, but a lot can be accomplished and that the legislators are interested in achieving good legislative developments for cities and are prepared to work hard to overcome the differences. The rhetoric will continue at least to some extent, and it almost never proves to be an extremely positive factor, but the fact that it occurs doesn't mean that good progress can't be made.

Yes. On a broad basis, the League is committed to protecting local control but also to help re-establish California as the Golden State. The organization takes a broad view to what's going on in the state. CEQA (California Environmental Quality Act) reform is a subject that got left on the table this year in the legislative session, but we all recognize that the subject that needs attention. There are almost certainly ways in which improvements can be made in the current law that would not undermine the fundamental purposes of protecting the environment in a responsible way but would make the administration of CEQA somewhat more manageable for those who are subject to its rules.

I'm cautiously optimistic that the time has come for attention and actual change in CEQA. Even though I'm a longtime strong supporter of CEQA and believe that its essence deserves continued support.

What are some highlights of what's going on in Pasadena, especially as the city considers its own replacement for redevelopment?

In Pasadena we're within 8-12 months of adopting a new general plan. The land use elements and mobility elements are the primary parts of that effort. I think we will emerge from that process with general plan policies that are in accordance with the thinking of our community in this point in time.

Do I expect significant changes? No, because the guidelines that we have in our general plan today have served us well, and what we are doing, and this is now validated by thousands of public comments. The principles that Pasadena wants to pursue include: protecting single-family neighborhoods, supporting transit and transportation, the preservation and protection of Pasadena's legacy of architecture and history, to have family values and to serve as a regional center for employment, professional services. Those are the principles that have guided the city for the last 15 years, and I think we want to continue down that path.

We're working hard on non-redevelopment financing, because we're committed to investing in the community. But at this point in time we don't have a substitute for redevelopment and are simply going to proceed more slowly with some of the investments that we would otherwise make in infrastructure as well as on affordable housing until the economy strengthens.

This interview has been edited and condensed.